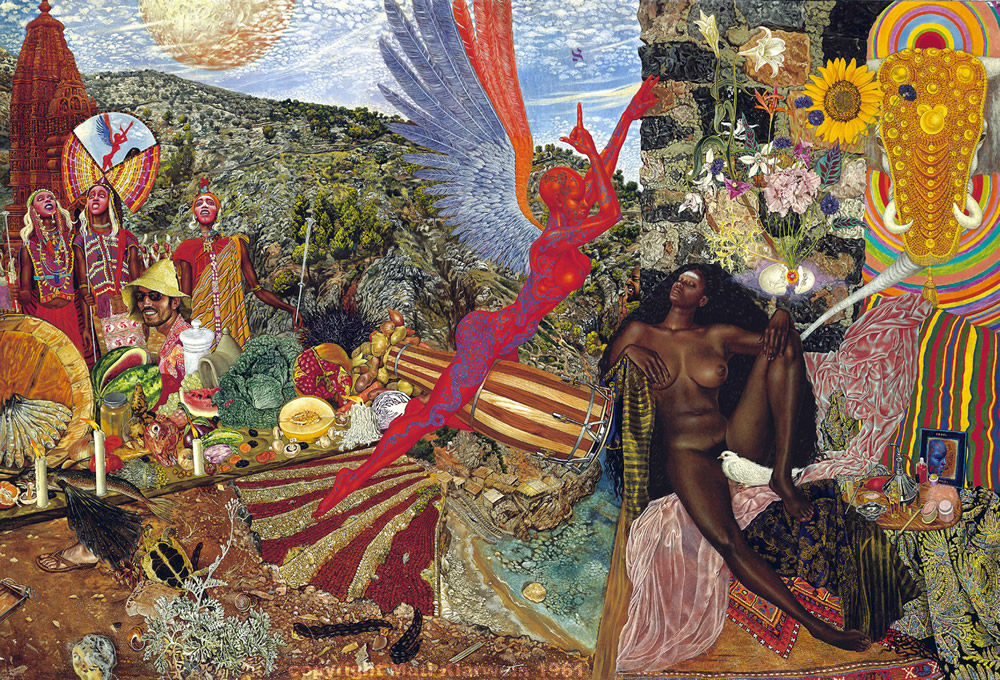 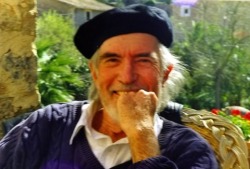 Matias Klarwein was born on the 9th of April 1932 in Hamburg, Germany.  His father Joseph (born Yusef Ben Menachem), was an architect working with the Bauhaus movement and his mother Elsa (born Elsa Kühne), was an opera singer.  Mati emigrated with his parents to Israel (then Palestine) in 1934.  During the formation of the new Israel, his father won the competition to construct the parliament building: the Knesset in Tel Aviv.

At the age of 17, Mati moved to Paris with his mother where he studied painting at the Academie Julian, the Beaux Arts, as well as with Fernand Leger (1949-51) and Ernst Fuchs (1952-54) with whom he learned the mixed technique of the 16th century Flemish school.  He made several other fundamental friendships in France with such personalities as Kitty Lillaz, Boris Vian, and Salvador Dali.  Mati obtained French nationality in 1965 with the help of Mrs. André Malraux.

Mati had four children with three different women:  Eleonore (b.1963) with painter Sophie Bollack, Sérafine (b.1971) with writer and photographer Caterine Milinaire, Balthazar (b. 1985) and Salvador (b.1988) with painter Laure Klarwein.  He lived with each of these women and others including model Kathy Ainsworth, cosmopolite Regina Mayall, and musician Julia Murphy.

Mati resided for the most part in New York City (1967-1983) and in Deia, Mallorca, Spain (intermittently since 1953 and as a resident 1984-2002).  In New York, he lived in several downtown lofts where he would create his artwork, jam with musicians and run around with such notorious characters as Andy Warhol, Jimi Hendrix, Peter Beard, Timothy Leary and Jon Hassell.  In Deia, Mati lived in a house his father built overlooking the local beach - La Cala - where he would hang out with the likes of painter Domenico Gnoli, archeologist Bill Waldren and the poet Robert Graves.  He sold the house to fund a round-the-world trip.  When he finally returned, he lived in rented houses particularly:  Casanova and his final home San Rullan, owned by neighbors Annie and writer Fred Grunfeld- one of his closest friends.

His many events and parties in Mallorca were legendary and in the friendly company of artists such as Ben Jakober, Yannick Vu, Yakov Lind, Annie Truxell, Curtis Jones, Mondino, Annie Lennox and Lynn Franks.  During his last months, his longtime friends Bettina Rheims, Serge Bramly, Heloïse Ficat, Felipe Hernandez, Sara Ball and Juan Sanahuja were of great help to him.  At the age of 69, Mati Klarwein died from complications arising from cancer.  He died in his sleep at home on the morning of the 7th of March, 2002.

Mati Klarwein's best known paintings are 'Annunciation', which was chosen for the cover of Santana's album 'Abraxas', and the painting used by Miles Davis for his cover 'Bitches Brew' - also reproduced for Absolut Vodka's ad campaign.  His artwork has been widely shown in galleries in New York, Paris, and all over Spain.  Mati's most unique installation was the Aleph Sanctuary, a cubic room comprised of 68 paintings including the 'Tree of Life' requiring a guard at its entrance in the Museum of Art in Santa Barbara, California.  During his last years, he had major retrospective shows in Madrid, Barcelona, Palma and Cadiz.

At the present time, Mati is known to have painted at least 600 pieces, including 280 landscapes/mindscapes, 270 portraits, and 120 improved paintings. 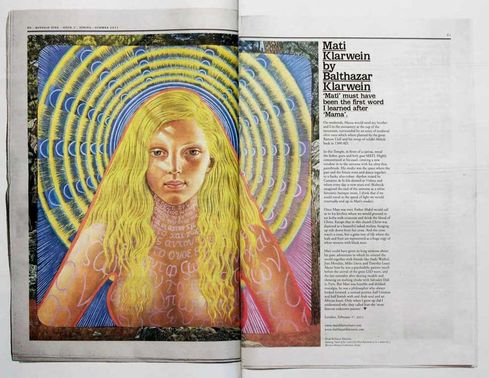